Andrea Collins — Too Kool for CURVE 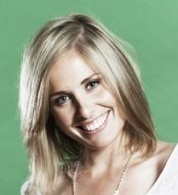 CURVE 94.3 on-air personality Andrea Collins has accepted a position at Victoria’s 107.3 Kool FM. Besides radio, Andrea will also be doing some fill-in TV work while on the west coast.

Although it’s a change in climate, her radio roots will remain the same, as Kool is also part of the CTVglobemedia family.

But don’t feel too disappointed, Andrea fans. Kool FM has live streaming on its website, so it’s not all bad news.

Her last day on the air in Winnipeg will be Friday, August 21, with her new midday gig at the top 40 station beginning just ten days later.