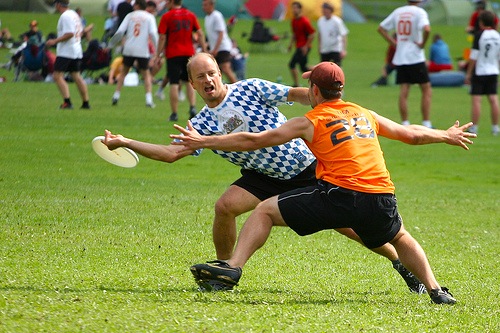 The only ones who might be complaining about the weather this week are those playing ultimate Frisbee — that is, if the winds don’t cooperate.

Players from across Canada will be battling it out on the field in five different categories beginning Thursday when the Canadian Ultimate Players Association brings their championships to our city.

The competition runs until Sunday, August 16, when the championship finals will be played at Canad Inns Stadium at 9 a.m. Admission to the finals is $5.

But before then, you can catch the action at Winnipeg Ultimate Park, which is located right next to Maple Grove Rugby Park at the corner of St. Mary’s Road and the Perimeter Highway.

← Previous: Minnie Mouse Gets Groped Next: Perseid Meteor Shower -- Did You See It? →
Tags: