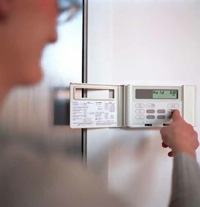 Brandon residents have been put on alert after several complaints have been made regarding a door-to-door security system scam. The scam targets homeowners who may or may not already have an alarm installed.

In some cases, the shady alarm company offers to install the system for free if you allow them to place a lawn sign in your front yard. They will also claim that their system is far superior to what you may already have.

What they don’t disclose is that you are likely paying two to three times the price, as you would from a reputable company. Some residents are even duped into signing a three to five year contract.

Earlier this month, ProTELEC Alarms sent out a notice to all its customers warning them of the scam that has been making its rounds in southwestern Manitoba. Winnipeg residents experienced a similar scam back in June and complained to the Consumers’ Bureau. The amount of complaints were so overwhelming, that the Bureau released an alert.

The unlicensed companies operate under the following names, Pinnacle Alarm, Vigilon Security or APX Alarm. ProTELEC warns not to open your door to sales people, but if you do, make sure to ask for identification, the company’s name and contact details, as well as a supervisor’s name. This information will allow you time to check up on the company before deciding to do business with them.

One Brandon resident tells ChrisD.ca that he was tricked into signing a contract that came along with rates as high as $600 per year. The average cost for an alarm from companies such as ADT, AAA or ProTELEC is around $250 per year.