Gary Doer Stepping Down as Premier 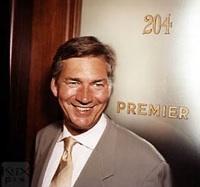 Manitoba Premier Gary Doer announced this morning he would be stepping down from his position.

Doer called a news conference just 45 minutes prior to the announcement, saying he would not run in the October 2011 election.

His 10 year anniversary in power would have been next month.

“I am grateful to the people of Manitoba for giving me the chance to serve them,” Doer said. “No one should doubt that it is a great honour to sit in the legislature and work on behalf of the citizens of this province.”

The 61-year-old has retained the position of leader of the Manitoba NDP for over two decades and has been very popular among Manitobans.

There is no word on the date of his resignation or who will be replacing him.