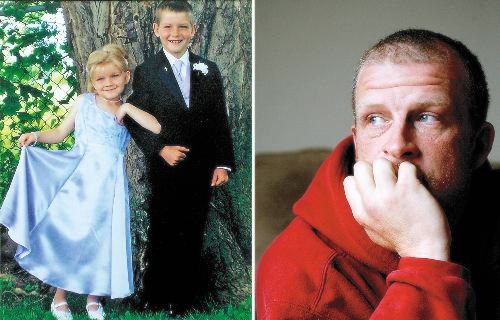 The father of Tori Stafford — the 8-year-old child who was abducted from Ontario earlier this year and subsequently found murdered — will be making a stop in Winnipeg later this morning.

Rodney Stafford (above right) is cycling from Woodstock, Ontario to Edmonton, Alberta as part of Kilometres for Kids. The initiative is an effort to raise awareness about missing children and to raise money in support of Child Find.

Members of the Winnipeg Police Service will escort Rodney through Winnipeg streets as he makes his way to the Inn at the Forks at 11:00 a.m.

Rodney will be collecting donations at this time in front of the Inn. Donations can also be made to TD Canada Trust Branch #227, Account #521-0920 (Woodstock, Ontario).

← Previous: Front Page Photo in the Making Next: Mind Your Manners on Giveaway Weekend →
Tags: Canada | Crime | The Forks