Home » News » The Pirates Are Coming to Canada

The Pirates Are Coming to Canada 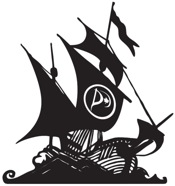 Next time Canadians head to the polls in a federal election, a new party could show up on the ballot. The Pirate Party of Canada — which strives for reformed copyright laws — is on their way to becoming an official party, according to Mashable.com.

The party comes about after popular website The Pirate Bay was sold earlier this year. The owners of the site were sued for millions in Swedish court for distributing/sharing various material, such as downloadable movies, music, etc. The Pirate Party launched in Europe and successfully gained 7.13% of the elected seats in June. Now they’ve set their sights on our country and have launched The Pirate Party of Canada.

The party is in favour of:

The party only needs 250 signatures to be able to officially run in the next election. There’s no doubt that they will have any trouble reaching that number, as supporters can simply sign a declaration on their website.

← Previous: Manitoba Parks Report an Increase in Campsite Occupancy Next: First Ever 'Extreme Day' at the Downs →
Tags: Canada