Home » News » Long Weekend Could be Dry If Union Strikes

Long Weekend Could be Dry If Union Strikes 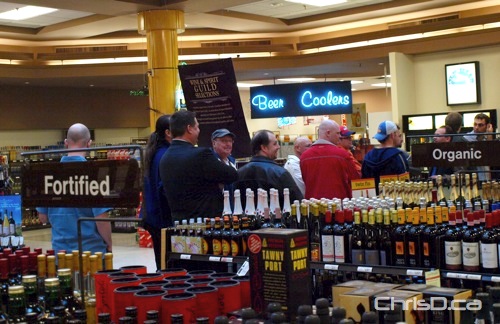 You may soon have to resort to buying your liquor on the black market (we don’t promote that) if MLCC workers go on strike.

910 Manitoba Liquor Control Commission employees — 800 of which are unionized — voted 84% in favour of giving negotiators a strike mandate last weekend.

Fears are that the workers could go on strike just in time for the Labour Day long weekend. Bargaining resumed on Tuesday, but so far no deal has been reached.

UPDATE: Sept. 3, 2009 — MGEU tells us that workers will not strike this weekend. More bargaining has been scheduled through September and into October.