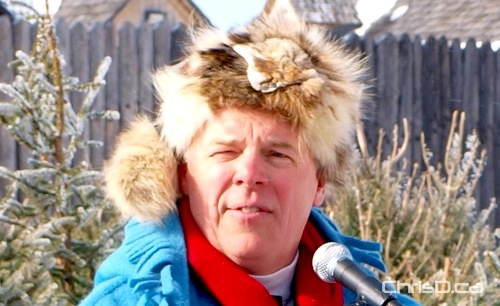 Manitoba Finance Minister Greg Selinger is expected to throw his hat into the ring on Tuesday and announce his intentions to join the NDP leadership race.

Andrew Swan, minister of Competitiveness, Training and Trade was the first to step up, followed by Intergovernmental Affairs and Emergency Measures minister Steve Ashton.

Only one of these men will succeed Gary Doer at the party’s leadership convention on October 17 to become premier.

Judging by the word around local blogs lately and the chatter on Twitter, Ashton seems to have the most support out of anyone at this point. Although, it’s still early, and more contenders could pop up.

As for the photo above of Selinger — it’s the only one in our archives and was shot at Festival du Voyageur earlier this year. Hopefully he doesn’t wear that hat tomorrow.