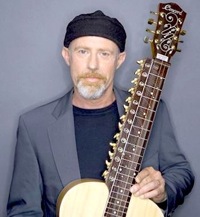 Recently calling Salt Spring Island, B.C. home, Manx has lived all over the world, in places such as Japan, India and Europe.

Tickets to the show are $25 in advance at the Winnipeg Folk Festival Music Store (211 Bannatyne Avenue) and Ticketmaster, or $30 at the door.