Home » News » Parts of U of M Evacuated

Parts of U of M Evacuated

Parts of the University of Manitoba Fort Garry Campus were evacuated Friday afternoon. 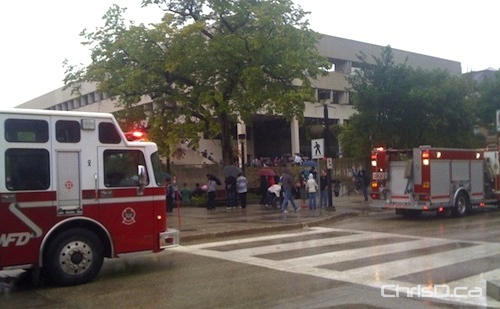 A witness on scene snapped the above pic and told ChrisD.ca that University Centre had been evacuated due to a “potential gas leak.” Fire crews and emergency personnel attended to the situation for roughly 30 minutes. The all-clear was given for students and staff to re-enter the building at approximately 2:30 p.m.