Home » Columns » Police on the Hunt for Nocturnal Suspect

Police on the Hunt for Nocturnal Suspect 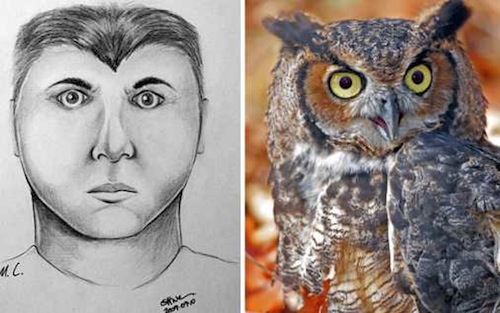 Police in Victoria, B.C. released a composite sketch this week of a man wanted for stabbing a woman. Since then, the photo has gone viral on the Internet and has been compared to that of an owl. The nose may not be the same, but the widow’s peak the guy is sporting makes up for that.