Winnipeg Wakes Up to Heavy Fog 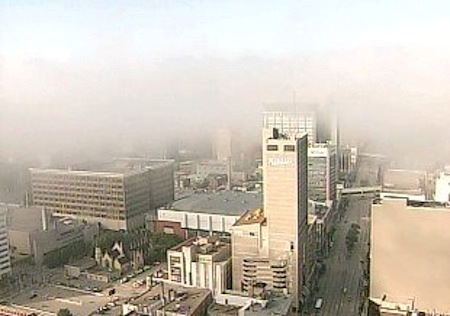 Winnipeg and southeastern Manitoba woke up Sunday morning to heavy fog covering most of the area, as seen from the CTV Live Eye above. Visibility at the James Richardson International Airport was reported to be intensely worse than in other parts of the city.