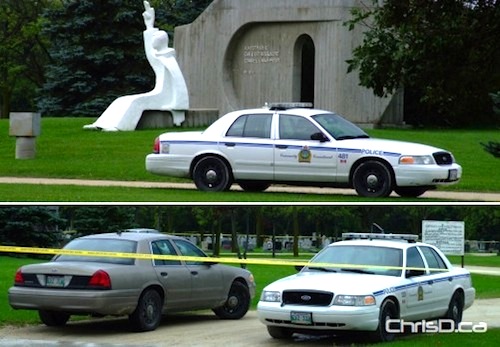 An autopsy of a man found dead on the grounds of the St. Boniface Cemetery on Saturday is scheduled to take place today, Winnipeg police said Sunday.

A neighbour in the area initially discovered the man in the cemetery, which is located in the 900 block of Archibald Street.

According to media reports, residents nearby heard shouting and a vehicle quickly fleeing the scene.