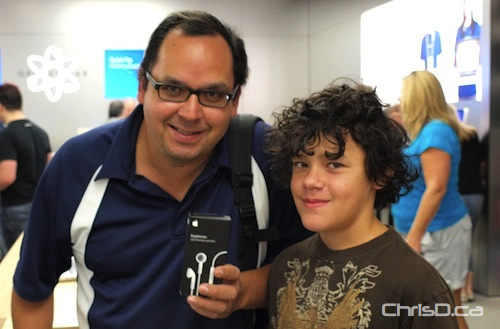 Kevin Harms and his son, Julian (above), were the first two to make it into the store at 9:30 a.m. Harms said they waited in line since 6 a.m.

The company handed out t-shirts to the first 1,000 customers through the doors of the 6,000-square-foot store.

Store manager Troy Dunn took us on a tour and highlighted the services customers can expect at Apple’s 12th Canadian store.