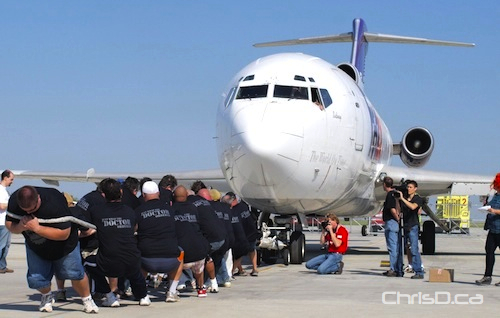 The United Way kicked off their 2009 fundraising campaign on Friday with the 6th annual Plane Pull. 1,300 people from the business, labour, government and non-profit sectors helped get things underway.

The organization is aiming towards $18,218,778 from generous Winnipeggers this year — which shouldn’t be a problem. Due to an already successful start to the year, they have already reached 39% of their goal.

As for the pull itself, ChrisD.ca was on the media team, but couldn’t get the job done. We couldn’t even move the plane!! Maybe next year.