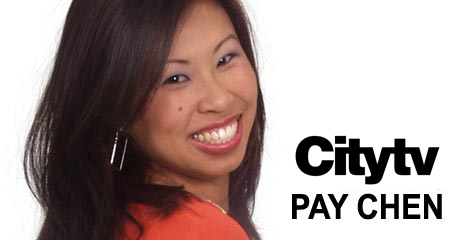 There’s word today that Citytv Winnipeg has hired Pay Chen, formerly of OMNI TV in Ontario. If this is in fact true, laying off a handful of employees last week would justify why — bigger salaries needed to be paid.

Rumours of the deal first came about several weeks ago, as mentioned on Twitter.

UPDATE: 11:58 a.m. — Looks like it has been confirmed. Pay Chen just posted the following message on her Twitter page: “Moving to Winnipeg to co-host Breakfast Television! Anyone have a favourite spot to tell me about?”

On that note, let’s welcome her to Winnipeg.