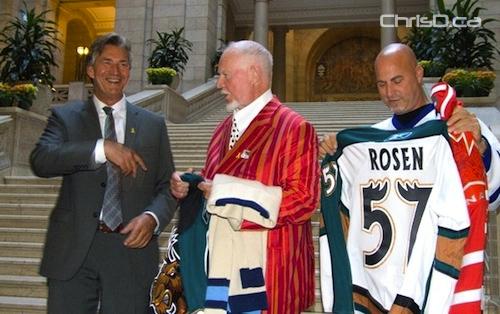 Canadian hockey commentator Don Cherry made a stop in Winnipeg Thursday to celebrate the upcoming Canadian Olympics and Paralympics as part of a promotional tour for COLD-FX.