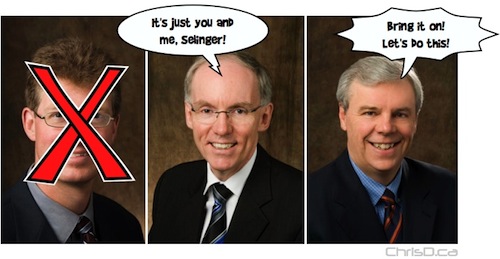 NDP leadership candidate Andrew Swan has bowed out of the race to become the next premier of Manitoba.

According to reports, Swan could not collect the number of delegates needed to win.

That leaves Steve Ashton and Greg Selinger to battle it out leading up to the October 17 leadership convention.

Swan made his withdrawal official at a noon press conference at his campaign headquarters this afternoon, followed by throwing his support behind Selinger.

Just after Swan’s presser was underway, Selinger announced he had received the support of Manitoba’s construction industry trade unions.