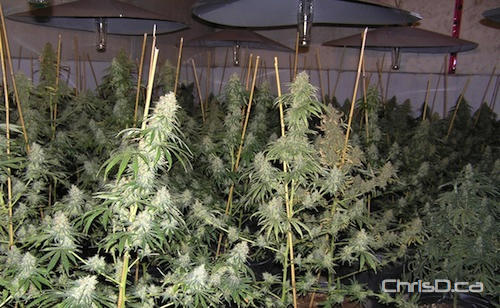 1,900 marijuana plants in various stages of growth were seized, along with approximately 1 pound of processed marijuana and around $15,000 cash. The total value of drugs seized is approximately $2.3 million.

← Previous: United Way Bringing City's Young Minds Together Next: “Leaf It With Us” Depots Open for the 2009 Season →
Tags: Crime | RCMP