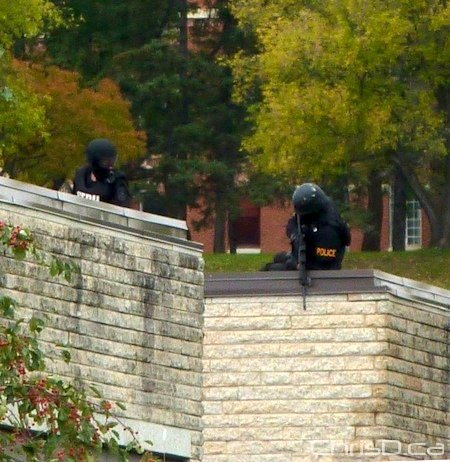 The union representing officers at the Brandon Correctional Centre is calling for a new provincial jail after the riot on Sunday.

“We’ve been sounding the alarm about inmate overcrowding in provincial jails for a number of years, but to date we’ve seen minimal response from our provincial government,” Olfert said. “We met with government officials this morning about what happened and we told them unequivocally that they cannot continue offering band-aid solutions to this problem. We need more beds, and that means a new provincial jail.”

Yesterday’s riot began at around 12:30 p.m. and took several hours to contain. Luckily, no correctional officers were injured in the riot, which Olfert said is likely the most serious incident to occur at a provincial jail since the 1996 Headingley riot.

The province said this afternoon in a separate news release, that there is significant damage to the two affected sub-units, which is being assessed now. Damage includes internal walls between the sub-units and a breach of an external wall to a fenced area. Cleanup is underway today and jail operations are running in a limited fashion.

The jail was originally built to hold 160 inmates. At the time of yesterday’s riot, the institution was housing 282 inmates.