Comic Drops Out of Comedy Tour After Controversial Remarks 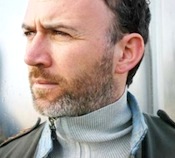 After making controversial remarks recently about the Jewish community, comedian Tommy Tiernan has dropped out from the Just For Laughs Comedy Tour, which stops in Winnipeg on Tuesday, November 3.

In a news release on Wednesday, the show’s organizers said, “After speaking with him (Tiernan) over the last week, we agreed that it was in the best interest of everyone involved that he withdraws from the 2009 Tour. Tiernan has told Just For Laughs that he regrets that the comments that he made during a performance/Q&A at The Electric Picnic in Ireland have attracted so much controversy. Tommy was parodying extremism and believes his remarks were taken out of context. He is very sorry for any hurt caused by this misinterpretation.”

The tour will continue as planned. A replacement for Tiernan will be announced shortly.