NDP leadership candidate Steve Ashton is calling for a set of debates with Greg Selinger, as the campaign to become the next Manitoba premier gets ready to wrap this weekend.

Ashton says he is asking the NDP Provincial Office to arrange for two live web-based debates to be conducted during the last week of the NDP Leader election. 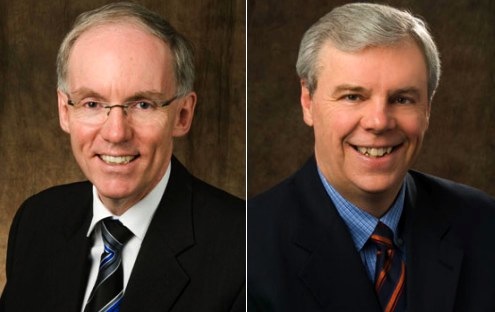 “We have heard from many members that they wanted more time to learn more about the candidates and to see them debate each other on specific issues,” Mr. Ashton said in a news release. “Our campaign is asking for at two web-based debates between now and the convention. We think those debates will enable delegates to make more informed decisions on who they want to vote for as the next NDP Leader,” he added.

The Selinger campaign is aware of Ashton’s plans, and have been invited to support the request for the debates.

Over at 92.9 KICK FM, host Marty Gold of “The Great Canadian Talk Show” is also hoping both candidates will debate — but inside his studio and over the airwaves. In a mass e-mail sent out Monday night and cc’d to ChrisD.ca, Marty says he has reached out to Steve Ashton and Greg Selinger to get them to agree to a debate.

No word yet if either set of debates will take place.