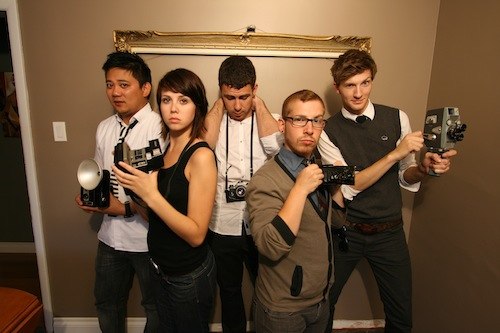 Winnipeg band Enjoy Your Pumas will be re-releasing their album “Ink The EP” on Halloween at the Park Theatre with Mode 7 and Sit Down Tracy.

The EP features the hit single Less Enthused, which reached #3 on 92.9 Kick FM’s top 40 chart. The re-release of the seven song disc will feature three new tracks available for download, including the new single Weight of the Circles.

Prizes will be awarded to those in attendance with the best costume.