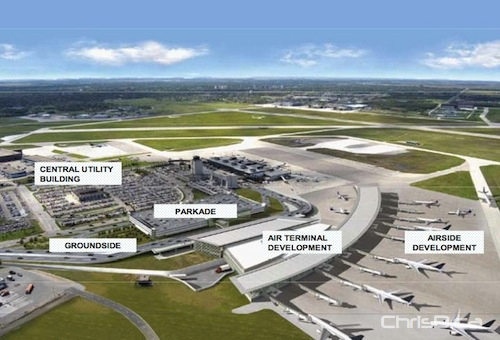 The new terminal building at the James Armstrong Richardson International Airport has passed two million construction hours, with approximately 500 workers now employed throughout the site on a daily basis.

The airport said today that the redevelopment is expected to contribute 6,370 person-years of employment to the local market, including $273 million in wages. GDP is projected at $343 million with total economic output for Manitoba at more than $1 billion.

The new $585 million project is being funded exclusively through airport improvement fees and is expected to be completed and open by 2010.