Home » Columns » Balloon Boy — “We Did This For The Show”

Balloon Boy — “We Did This For The Show”

Oh, silly Balloon Boy, you fooled all of us. 6-year-old Colorado boy Falcon Heene and his family made the media rounds on Thursday night, talking about that whole flying saucer business that captivated television viewers worldwide yesterday.

In an interview with CNN’s Wolf Blitzer, Falcon said, “We did this for the show.” And that show would be “Wife Swap” on ABC, where the family recently starred in an episode.

After the break, Blitzer asks Falcon’s father, Richard, what his son meant when he said that statement. Mr. Heene avoids the question a couple times and then stops the interview to say that he is “appalled” at CNN for suggesting that this was done on purpose. Watch that part here.

Fake or not, Balloon Boy is now famous. There’s even freakin’ t-shirts being made up already! 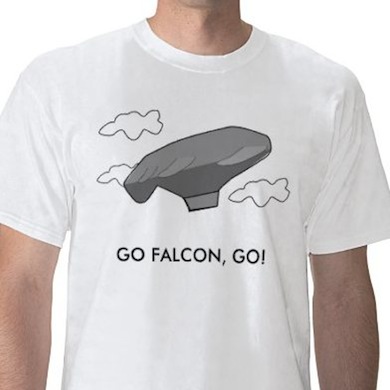 That t-shirt will currently run you $17.95 USD on Zazzle.com. The domain name FalconHeene.com has also already been registered.

Just throwing this out there, but when do you think the Heene family will get their own show on TLC? Who will be calling them next? Oprah? When does their movie come out?!

This is the United States, and we all know you don’t have to do much to reach stardom. Just look at that dreaded couple Jon and Kate or the Octomom.

The clock is ticking on the Heene’s 15 minutes. Oh, and they might have some legal problems coming their way if this entire thing was a hoax. The Sheriff’s Dept. is reportedly investigating claims that this was a planned stunt.

UPDATE: You gotta see this… Falcon was on the “Today Show” this morning and puked on live TV. Embarrassing much?