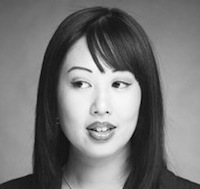 As part of the list of changes CBC News introduced across the country today, a new late night newscast will follow “The National.”

The abbreviated show — “CBC News: Late Night” — will be just enough for local viewers to catch up on their headlines close to home before going to bed.

Winnipeg viewers will see Adrienne Pan anchor from 10:55 p.m. to 11:05 p.m. weeknights for the first time tonight as part of the network’s refreshed format.

Pan has been a familiar face for afternoon viewers of the show “Living Winnipeg,” along with her reporting duties. Having joined the network in July 2008, she previously worked at Global Winnipeg beginning in 2003.

No word yet on any local weekend expansion at CBC, as Global prepares to add two more newscasts to its weekend schedule.

UPDATE: According to CBC, Pan will start as host on November 2.

← Previous: This Paper is Now a Collector's Issue Next: Fear Not, Andrea Slobodian Fans -- She's Back! →
Tags: CBC News | Television