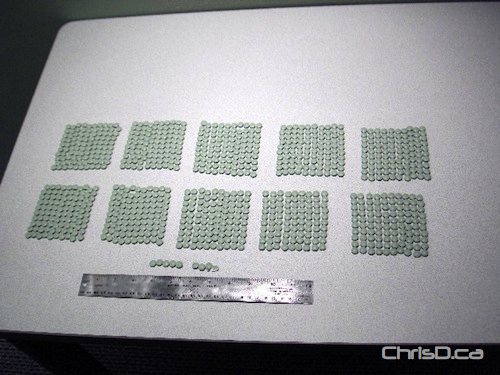 Two Winnipeg men are facing drug charges after agents from the Canada Border Services Agency (CBSA) seized 1,009 tablets of OxyContin (above) during an inspection of an Air Cargo shipment. The package was discovered October 26 at James Armstrong Richardson International Airport awaiting entry into Canada.

RCMP say a 23-year-old man and a 27-year-old man have been released from custody on a promise to appear in court on December 17, 2009.