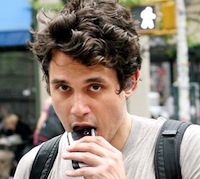 John Mayer will likely leave his antics at home when he plays in Winnipeg on Wednesday, April 7 at MTS Centre.

The American singer and musician will begin his 2010 tour in South Carolina in February and make his way through the U.S. and other Canadian destinations before arriving here.

The show will feature special guests Michael Franti and Spearhead.