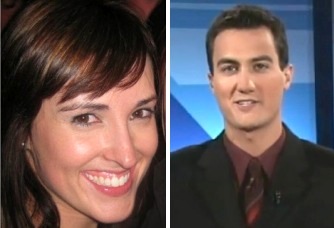 Anchor Peter Chura Twittered Thursday night that Shannon Martin (above) is making a return. Martin — if you don’t remember — used to work at Global as a reporter before heading to CTV Sudbury in September 2008 (read story). That’s the same station where Craig Larkins worked before returning to Winnipeg in October.

Another new addition is Mitch Rosset (above). If that name sounds familiar to some of you, that’s because he was a sports anchor/reporter at Brandon’s CKX-TV before they closed last month. Dude found a new gig pretty quickly.

Laura White will also be calling the Global newsroom home from now on, but with a name like that, Google returned a number of irrelevant results. It wasn’t immediately known where the Red River College grad previously worked.

← Previous: Students Get Chilled to Raise Money for United Way Next: Stretch of Trans-Canada Highway Getting Upgraded →
Tags: Global News