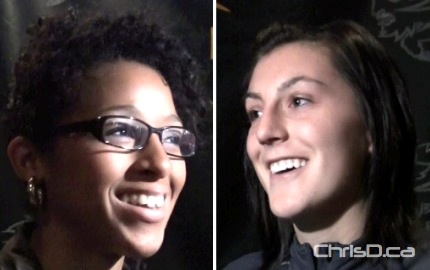 Three members of the Manitoba Bisons women’s soccer team are enjoying the honour of being selected as 2009 Canada West Women’s Soccer All-Stars.

This is the most Canada West All-Stars for the Bisons in one season during the five year program’s history.