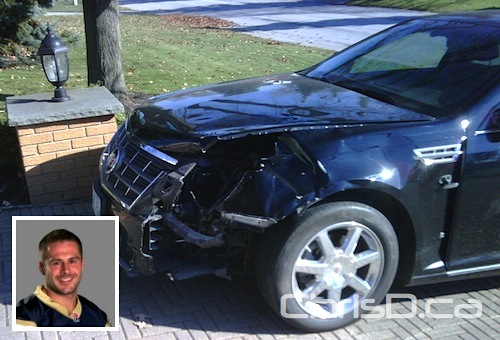 Winnipeg Blue Bomber Ian Logan had a slight delay on his way back home from Winnipeg this week.

We’ve learned Logan was heading back to his hometown of Waterloo, Ontario on Wednesday when his vehicle collided with a deer. Thankfully, the Blue Bomber safety wasn’t seriously hurt, but his car wasn’t so lucky.

“I was driving through Illinois, just before Chicago and there was a rural stretch without lights. I looked down for a split second to change a song on my CD player and when I looked up there wasn’t time to swerve. I called the police and they sent a state trooper,” Logan told ChrisD.ca. “About 10 minutes later a maintenance crew came to make sure my car was still fit to drive. It happened around 9pm central time. I actually ended up finishing the drive that night. Got in to Waterloo, Ontario around 6:30am. I was still riding a jolt of adrenaline that I wasn’t even tired. I drove 22 hours straight.”

Before leaving the city, Logan took part in a Twitter fundraiser for the United Way. 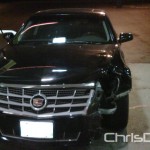