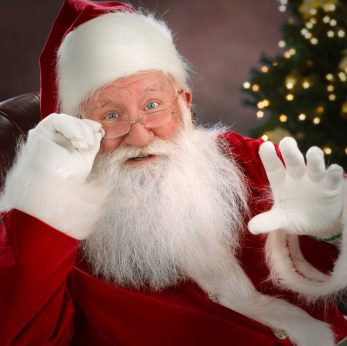 A Winnipeg mall says children’s photos with Santa Claus should be free — and Kildonan Place Shopping Centre is rallying support for others to follow suit.

KP will unveil its “Free Santa” holiday promotion this weekend, which will kick off with a rally at the northeast corner of Regent and Lagimodiere at 8:30 a.m. today.

The rally participants will also be a part of the Santa Claus Parade downtown on Saturday.

The campaign being launched is the first of its kind. The mall says photos and videos with Santa will be given away to everybody — absolutely free of charge. The digital photos and video will be e-mailed to customers who can then e-mail, print, and share them with family and friends.

“It’s the first time a mall in Manitoba has offered photos and video with Santa for free,” said Corey Quintaine, Kildonan Place’s Marketing Director. “In fact, we believe it’s a first for western Canada — and we’re very proud to be on the cutting edge of a trend that’s sure to catch on. What parent wouldn’t love keeping a little bit of extra cash in their wallet just before Christmas?”

Santa will arrive at Kildonan Place on Saturday at 1 p.m.