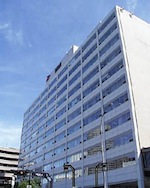 The Winnipeg Police Service will leave behind its crumbling offices in the Public Safety Building on Princess Street thanks to a unanimous vote Wednesday morning by City Council.

At the meeting, councillors agreed that the city should purchase the Canada Post Building at 266 Graham Avenue for $29.2 million. The entire redevelopment of the building to be outfitted to house the WPS will cost about $105 million.

One of the big benefits to the relocation will be having more foot patrols and officers on the streets and in covered walkways downtown, a news release said.

The old police headquarters have been recommended to be declared a surplus once the deal to purchase the new building is finalized.

Officers could be setting up shop by 2013.