Winnipeg missed the brunt of the snowfall Tuesday, but other parts of Manitoba weren’t so lucky.

Photographer Marc Evans took a drive down Highway 75 to check out the accumulation and reported that road conditions were very poor. On his way, he unfortunately blew a tire and spent the majority of Tuesday afternoon at the repair shop.

This is the video he ended up bringing back.

We aren’t expecting that much snow locally according to the forecast, but you know it’s coming eventually.

Brandon also received quite a bit of the white stuff. Take a look at these shots courtesy of eBrandon.ca. 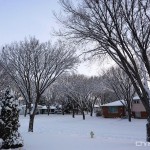 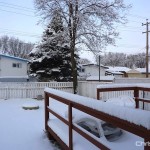