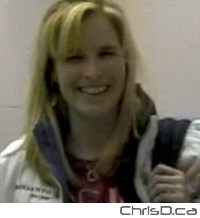 Winnipeg’s Jennifer Jones and her curling teammates plan to secure a position at the Vancouver 2010 Olympic Winter Games in February, but first have to prove themselves out west beginning today.

The 2009 Tim Hortons Roar of the Rings runs from December 6-13 in Edmonton, where the Jones rink appears confident that they can come out on top. With only eight teams competing in the women’s circuit, it leaves less room for losses, but Jones likely isn’t concerned. With three Canadian championships and one world title, Team Jones knows what needs to be done to defeat Calgary’s Cheryl Bernard.

Eight mens teams are also in the mix, including Ontario’s Glenn Howard, whom sports analysts are predicting will be victorious over Edmonton’s Randy Ferbey at the Canadian Olympic trials.