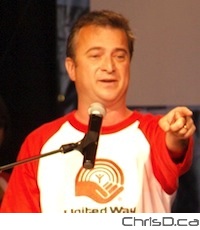 The president and CEO of Red River College is stepping down to head up a technology institute in Ontario.

Dr. Jeff Zabudsky will become president and CEO of the Sheridan Institute of Technology and Advanced Learning in Oakville. His position with the college will end effective January 31, 2010.

During Zabudsky’s time at Red River, there has been five consecutive years of record high student enrolment, the completion of the Princess Street Campus fundraising campaign, construction of the new Heavy Equipment Transportation Centre, and the start of the Paterson GlobalFoods Institute/Union Bank Tower project.

The Board of Governors has formed a search committee to lead a national search for a new President. Cathy Rushton, current Vice-President of Finance and Administration, will serve as Interim President.