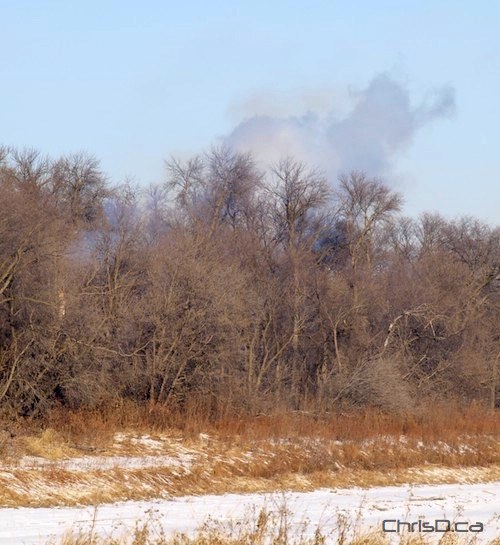 Residents living in the area of St. Mary’s Road and the Perimeter Highway reported smoke in the air Friday morning. The city says crews are conducting multiple controlled burns in King’s Park, on the other side of the Red River as shown above.

A lack of fire allows for weeds to invade endangered plant communities in natural areas.