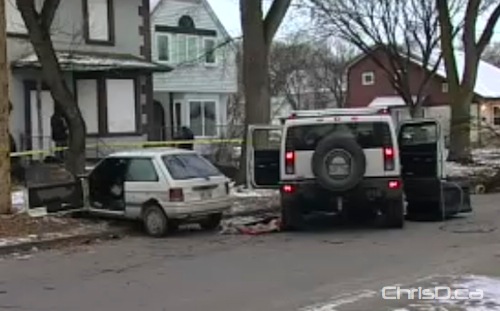 Winnipeg police have at least one person in custody in connection with a fatal crash that killed a 47-year-old man Friday.

Zdzislaw Andrzejczak was killed when his vehicle was struck by a stolen Hummer H2 in the 500 block of Alfred Avenue Friday afternoon.

The vehicle was believed to have been stolen the same day from Wellington Avenue.

He has been charged with manslaughter, failure to comply with a sentence and a number of other offenses. Rodgers is a Level 4 car offender and well-known to police.

Police are still on the hunt for two other suspects and say further arrests are pending.