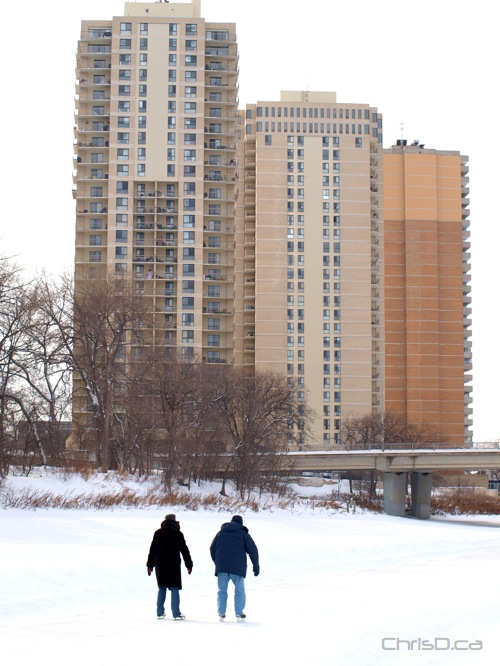 The Assiniboine River Trail at The Forks may take a different shape this season as ice conditions have caused organizers to look closely at how to begin crafting it. Abnormal freezing conditions have left the trail with an uneven and sharp surface, making skating (or walking, for that matter) nearly impossible.

“We have done a full assessment of the Assiniboine River and this is going to be an interesting year,” said Paul Jordan, Chief Operating Officer of The Forks. “We are encountering frazil ice along some significant parts of the river which will be challenging to smooth out.”

The Assiniboine River Trail is conveniently sponsored by Assiniboine Credit Union, but it’s likely that part of the trail will be on the Red River this year.

The trail is expected to open in early January.

Meanwhile, other activities at The Forks are keeping visitors busy this holiday season. Arctic Glacier Winter Park is now open, and features the Olympic-sized skating rink near Scotiabank Stage, a toboggan chute, snowboard facility and the skating rink under the canopy.

Regular winter programming at the park, such as horse drawn wagon rides and snowboard clinics, will run every Sunday afternoon beginning January 17.