Public Invited to Cheer on 2010 Olympic Torch in Winnipeg 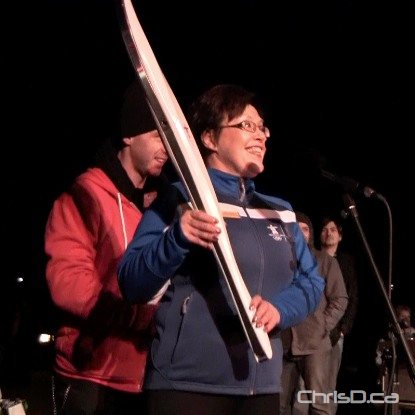 It’s just a few short weeks until the Olympic Torch Relay makes its way through Winnipeg streets on January 5.

The public will get a chance to see the torch up close along the relay route and help cheer on the torch bearers.

The ETA on the torch is 4:30 p.m. on the 5th at the Ed Golding Memorial Arena (517 Pandora Avenue East). It will make its way through Transcona, Elmwood, St. Boniface and downtown before ending up at The Forks at around 7:00 p.m. for the Olympic Torch Relay Community Celebration.

The torch will then make its way up Portage Avenue on January 7 to its final destination in Vancouver on February 12. The final leg of the relay will start at Minto Armouries (969 St. Matthews Avenue) at around 8:00 a.m. and end up at the Royal Bank of Canada (3297 Portage Avenue).

The city has outlined the routes for both days using Google Maps.