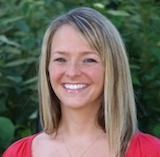 After being handed her walking papers from 100.7 Hank FM in November, former radio personality Carie Jones has scored herself the position of producer and on air talent at iTVWinnipeg.com.

“I’m very much looking forward to being a part of a whole new way of doing television here in Winnipeg,” Carie said.

The website launches January 15, 2010 and will replace its former sister site YourOnlineChannel.com, which featured local news and events in Winnipeg, as well as interviews.

The company behind the site — Studio Media Group — is also launching iTVBrandon.com to replace local news in the market that CKX-TV once held.

← Previous: Magical Gifts Decorating Christmas Tree for Those in Need Next: Christmas Lights Shine Brightly at the Taylor's on Roblin →
Tags: