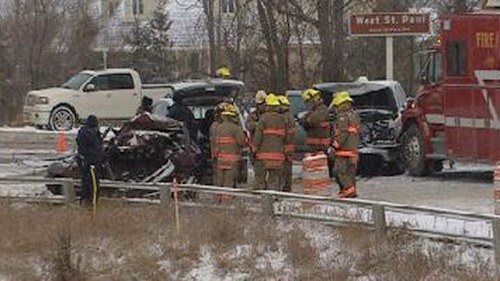 A three vehicle collision on Highway 9 has claimed the life of a 75-year-old man from St. Andrews.

RCMP responded to the crash at approximately 2 p.m. Thursday south of Lockport.

A Chevrolet Lumina travelling southbound on Highway 9 lost control and hit another southbound vehicle. The Lumina then travelled into the northbound lane, where it struck a pickup truck. The driver of the Lumina died at the scene.

RCMP say road conditions at the time were snow covered and slippery.

Alcohol was not believed to be a factor in the collision.

The name of the victim isn’t being released.