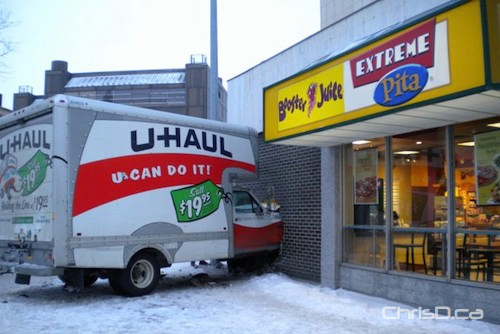 A U-Haul moving truck slammed into the side of a building in downtown Winnipeg Wednesday.

The driver was taken to hospital in stable condition and no other injuries were reported.

Traffic in the area was snarled during the ordeal — particularly near the University of Winnipeg across the street.

Booster Juice posted these photos below on their official Facebook page Wednesday evening. 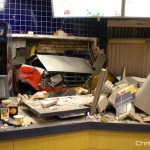 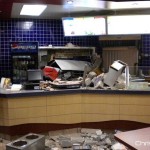