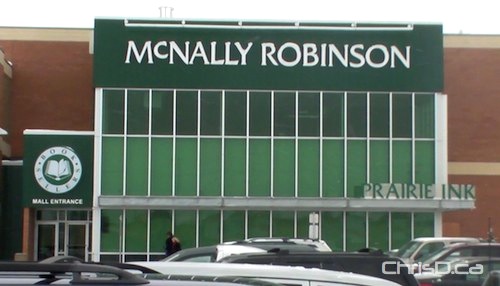 Plans for McNally Robinson to open up in the future air terminal building at the James Richardson International Airport are now off.

The Winnipeg bookseller entered bankruptcy protection earlier this week and announced the closing of two of its four stores.

Back in July, the Winnipeg Airports Authority — along with the Paradies Shops — announced the local bookstore would be joining a number of other retailers at the new airport.

According to court documents, McNally Robinson lost more than $2 million in 2009 and still owes millions to a list of creditors.

News of the bookseller pulling out of the airport was made known to the WAA about two weeks ago.

The company cited the economic downturn and digital competition for closing their stores at Polo Park (above) and in Toronto.