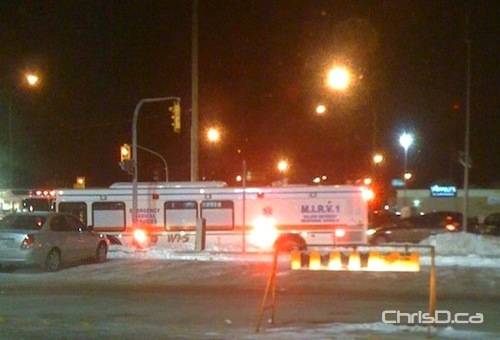 Traffic near Polo Park Shopping Centre was backed up Saturday night after reports of a serious vehicle collision.

According to a witness, it appeared a vehicle was t-boned near the intersection of Silver Avenue and St. James Street.

No further details are known at this time.