Home » Entertainment » This is Gonna Be a Good Year

This is Gonna Be a Good Year 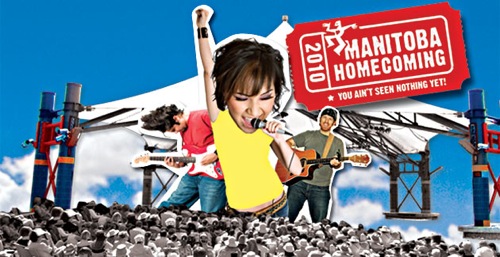 You’ve been hearing snippets of the song in every TV commercial for Manitoba Homecoming 2010 for months now. We’re referring to “Good Year” by Winnipeg pop/rock duo Keith and Renée.

The tune was selected as the official theme song Monday, alongside Bachman Turner Overdrive’s “You Ain’t Seen Nothing Yet.”

“It’s really cool. It’s definitely an honour. Considering all the songs that are out there, for Manitoba Homecoming to pick ours is pretty amazing,” said Renée Lamoureux, who makes up half of Keith and Renee, alongside band mate Keith Macpherson.

“Good Year” has already been catapulted into thousands of Manitoba homes, thanks to Manitoba Homecoming 2010’s TV and radio advertisements. Internet advertisements weren’t mentioned in the press release.