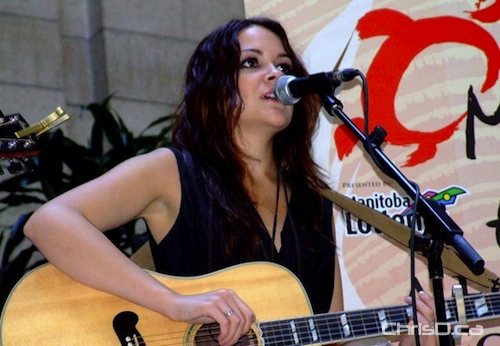 Winnipeg singer-songwriter Sierra Noble is speaking out on her Twitter page after an article in Tuesday’s Winnipeg Free Press claimed Noble and her family are being sued.

The lawsuit alleges Noble’s family never repaid loans in the sum of $55,800 to the estate of a man who helped start Sierra’s fiddling career when she was 15.

Sierra posted this tweet saying, “I know the truth in my heart of hearts…and I pray that it is truth that will prevail, and that you all will still be at my side.”

Another tweet posted just days ago thanks the paper for featuring her in an article that ran Sunday in On7, saying it was, “Such an amazing kick off to a really exciting year.”