Home » Sports » Cindy Klassen Gets Olympic Coin in Her Honour

Cindy Klassen Gets Olympic Coin in Her Honour 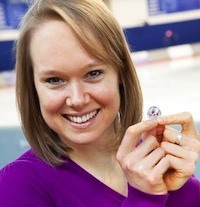 Winnipeg speed skater Cindy Klassen has some new hardware to show off besides her many Olympic medals.

Canadians can look for the coin in their change, or purchase them directly from RBC branches and participating Petro-Canada locations.

IOC president Jacques Rogge named Klassen the “woman of the Games” for her impressive accomplishment of claiming five medals at the Turin Games in 2006.