Home » Entertainment » Laughing It Up in Support of Cancer

Laughing It Up in Support of Cancer 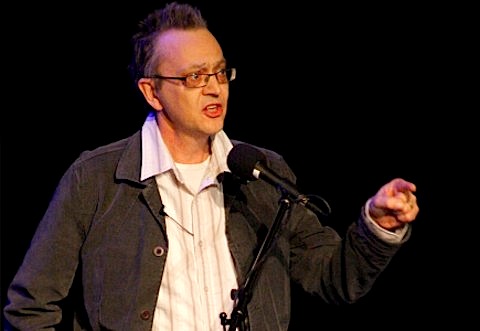 Comedy will prove to truly be the best medicine when comedian Irwin Barker headlines an upcoming show in support of the Canadian Cancer Society.

The five-time Gemini Award Nominee for comedy and writing will appear at “Laugh It Up… The Best Medicine Show” on Thursday, February 11 at Pony Corral Pier 7, 1700 Pembina Highway.

In June 2007, Irwin — a former Winnipegger now living in Toronto — was diagnosed with leiomyosarcoma, a rare type of terminal cancer. He was given 12 months to live. Barker says that “cancer has my body but not my spirit and I’ll continue to make jokes, not so much about cancer, but in spite of it.”

← Previous: Cindy Klassen Gets Olympic Coin in Her Honour Next: Coming Soon to an Airport Near You →
Tags: Charity | Funny