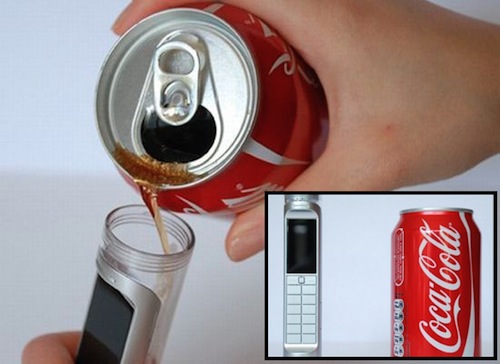 Chinese designer Daizi Zheng has come up with a cell phone that gets its power entirely from Coca-Cola.

The Design Blog says the Nokia phone can last four times as long as a normal lithium battery charge, and uses enzymes to generate electricity from carbohydrates.

Zheng was quoted as saying, “The concept is using a bio battery to replace the traditional battery to create a pollution free environment.”

Think WIND Mobile will bring this to Canada instead of the Nexus One?

The Coke-powered phone is still obviously in its early prototype stages.